What Has Happened to Apple’s Quality Control?

As one who has worked on nearly every Apple product produced, it must be said, I have been repeatedly disappointed in Apple’s ever degrading quality control.

On the surface, Apple have made many improvements and advancements to their ranges.

Their MacBook Pro ranges have incredible potential, while losing the optical drive (the ever debatable ‘redundant’ feature according to some), the PCIe SSDs speed and the retina display quality is an incredible feat, while keeping the machine so slim at the same time. But the way in which the display is built makes LCD replacements near impossible for the majority of engineers. (we have carried out a number of these repairs at TheBookYard, but because the LCD is not a sealed unit, and the displays were constructed in a clean room environment, it is an extremely time consuming and difficult task to undertake. But that’s for another blog post entirely). They also have the ‘integration’ issue, with so much being combined into one primary (and very expensive) component. The logic board has integrated RAM, integrated GPU, integrated CPU, the battery is sealed to the top case (the top case, keyboard, trackpad and battery is one service spare according to Apple. Go figure. Replace half the machine for one fault? How’s that economical?) and the MagSafe 2 socket is a bit iffy to say the least… I’ll not even get started on the 12″ MacBook Retina range (2015 model) and its repairability.

The iMac ranges are a similar story. The’ve added 4K, then 5K to their iMacs while slimming them down drastically and reducing the excessive heat created to allow full management by a single fan (thats right, the 2012-< iMac ranges only have one fan!). Also with their super slim LCDs with its ‘Gapless’ glass panel, that not only reduce glare, but were noted as being sealed to prevent dust from getting between the panels. (Having serviced many of these later ranges, we’ve found that not to be completely true. They are ‘gapless’ by design, but they are not sealed fully. Dust often falls down between the LCD and the backlight sheets, leaving big ‘specs’ under the panel. its really disappointing that they are not hermetically sealed during their clean room construction)

On the other hand, they are so much less repairable and/or upgradable than their predecessors. With their ‘sealed construction’, a replacement VHB tape kit is required whenever the machine is opened. They also fit their hard drives with specific firmware that maps the internal SMART disk data in a unique way. (all drives do this, but there is a standard language used, just not with Apple…) This means you cannot fit an industry standard hard drive without fiddling with external sensors on replacement cables, etc. Not only that, with their ‘all-in-one’ design principles being used in their later designs, they are combining more and more functions into single serviceable parts. The logic board no longer just houses the CPU, but it now houses the GPU as well as a number of surface mounted thermal sensors and functions, which makes repairability more costly if a fault is to surface down the line.

But to get back on track, the true reason for this ‘rant’ is to talk about their lack of design quality. As time goes by, there are any number of quibbles and issues with products, most of which are minor and do not happen to the majority of the public. I’m not talking about the signal dropping issue of the iPhone 4, or the ‘bendy’ iPhone 6+. I’m not even talking about the Magsafe 2 charger, and its ability to lose connection with the slightest touch. Most of these happen on occasion, and although in hindsight, they could have been prevented by more extensive pre-release testing by the design team, they are not, as i would say, a complete design flaw.

You may have heard of these hinges breaking. Typically, when the clutch breaks, the perfectly balanced body of the machine will drop down on its leg. As this is quite a common problem (anything that Apple actually admits to being a problem by extending an exchange/repair programme for is something to make note of), I took to seeing what the issue was. Some faults can be caused by excessive force, but this hinge issue is a complete design flaw. What engineer would trust an entire machines weight to a small piece of plastic!? Let me explain… 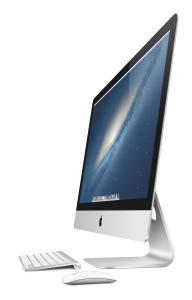 The hinge mechanism is a big chunk of hunky metal, with strong, twisted springs. This is perfectly strengthened to counter the weight of the iMac (fun fact, they first introduced the ‘Feather Touch’ display tilt on the iMac G4 range). 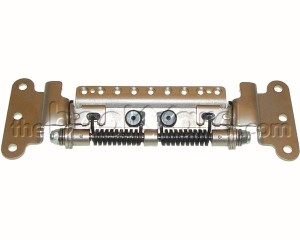 This is the hinge

But the real flaw, and the part that breaks (and caused Apple to start an extended 3 year exchange programme), is the mount that not only holds the tension of the spring, but that takes the brunt of the strain when the hinge is flexed. 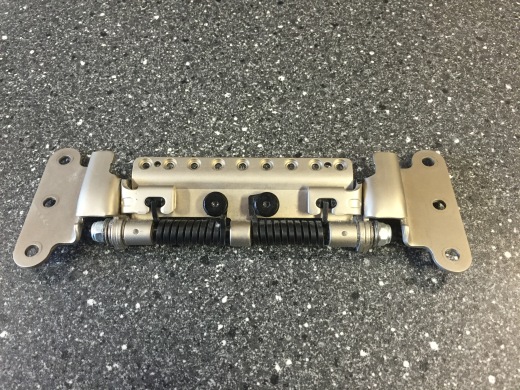 The two Torx T8 screws in the middle can be adjusted to change the hinge tension, but the mount underneath is made out of plastic! No wonder it breaks! 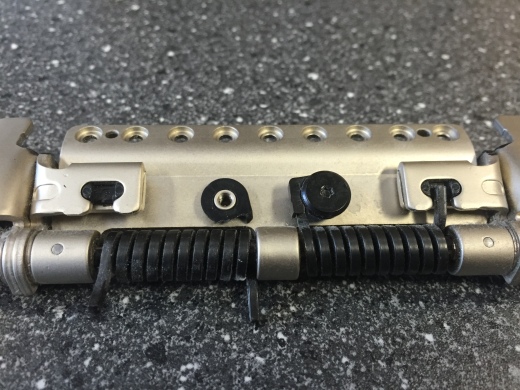 This is the hinge with the broken mounts

So… The bottom line is that, inside this beautifully designed piece of kit, is a tiny piece of plastic that is supposed to support your machine.

If you own either the 2012 or 2013 27″ iMac range, please be careful when moving the display up and down, as pushing it too much will put considerable strain on this plastic mount. It would be a shame for Apple’s exchange programme to expire and you to break it while trying to get a better viewing angle.

A thing to note, is that Apple’s current service spare replacement hinge for these models has the same design, but they have used a thicker plastic. This should make it much stronger, even though it is still made of plastic. But even still, what were you thinking Apple? 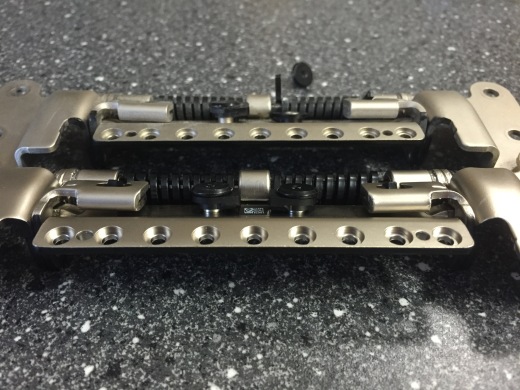 its me
View all posts by nojboy715 →
This entry was posted in Apple News, Questions and Answers, Uncategorized and tagged Broken iMac Hinge, iMac 27" 2012, iMac 27" 2013, iMac 27" hinge, iMac Aluminium. Bookmark the permalink.